Uncanny Valley Digest: Stanisław Lem’s “Let Us Save The Universe”

Last night’s Stanisław Lem discussion was a joyride in a cosmic salvage craft! (In Polish, the “ł” is pronounced as a soft “wa,” between “L” and “W” on the English speaking palate.) Lem’s most well-traveled character, Ijon Tichy, delivers a wry and corrective missive to humanity.  “Let Us Save The Universe,” was first published in 1971. The English translation was published in the December 14, 1981 issue of The New Yorker. In it, Tichy laments the “growth of cosmic tourism,” and all the litter in its wake. He culminates in a call to action to clean up the solar system, with Lem-ish levity.

The asteroid belt is littered and defaced. Eros is graffitied with lovers’ names and “arrow-pierced hearts in the worst taste.” Ceres is plastered with 3D family photos like a Fotomat of Mt. Rushmores. Juno has been chipped and eroded away by vandals and souvenir hunters. 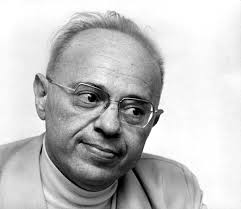 Both stars in Centaurus are growing dim because they’re orbited by so much litter. One large planet in the system has a Saturn-like ring of “beer bottles and lemonade containers…tin cans, eggshells, and old newspapers. “There are places where you cannot see the stars for all the rubbish.” There’s also the problem of inconsiderate tourists expectorating into space. “Individuals who fall sick during a voyage seem to consider outer space their personal toilet.” That gunk freezes! Instant micro meteorites, quite dangerous. Also, “Alcoholism is a special problem.”

Oxygen supply lines are delayed across the 6 light years between Beluria and Palindronia. “People who go there to sightsee are forced to freeze themselves and wait.”

You get the point. The first third of the story reads, and I’m memory-quoting Chris here, “like a crotchety old man at the park complaining about all the people ruining his peace and quiet.”

The rest of the story is a tongue-in-cheek monsters compendium of plants, insects, and animals, that have mutated to lure, capture, and devour hapless human tourists. Like bottombiter chair ants, “that group together and mimic wicker furniture,” until a weary tourist comes along and instinctively plops into a random wicker chair, never to rise again.

There is a plant, the furiol, that attracts loud, misbehaving, destructive children, who love to kick and crush it because it cracks like an egg. It releases spores that get into their systems and infect the children.

“The child develops into an apparently normal individual, but before long an incurable malignant process sets in: card playing, drunkenness, and debauchery are the successive stages, followed by either death or a great career.”

That part’s funny enough, but he follows up by saying, in response to those who want to eradicate this plant, “Those who say this do not stop to think that children should be taught, instead, not to kick objects on foreign planets.”

There is a bird, hunted and eaten to the brink of extinction, called the scribblemock. It mimics humans much like a parrot does, but in writing. “Some people deliberately infuriate the bird by taunting it with spelling errors.”

Yes, that’s a Lord Of The Rings, Black Orc Porter

David: “Welcome to the Cosmic Confluence on Channel 28 Cable Access.”
Nowell: Yeahhh.
David: I found it a little bit impenetrable.
Meg: It correlates with increasing cultural awareness of pollution as a problem.
Suhail: It reminds me of Sharing Air.
Chris: Ecological talk of species mimicry betrays a gentle paranoia, of all these beasties that lure people in and devour them.
Meg: There’s another Tichy story with an electronic bard that spouts some really excellent poetry.
Nikita: Another famous one – The 14th Journey Of Tichy. There was an Azerbaijani-Russian collaboration animated movie of it.
David: The litter. Here’s the result of all that golden age sci fi going-out-into-the-great-beyond, colonizing space, and owning the universe stuff. So here’s all your junk and bullshit strewn everywhere. It’s an early cynical response to golden age sci fi, like, going out there isn’t going to be as great as we think.
Meg: It’s a big deal when a sci fi story gets published in the New Yorker. How much is it characteristic of Lem or how much is it New Yorker’ed? Because it’s very quaint in tone, with the sketches, with a Thurber-y, New-Yorker tone.
Chris: He was considered one of the most intellectual of sci fi writers. Not cynical so much as world weary and penetrating. 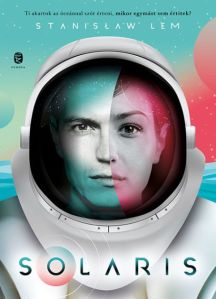 Nikita: Solaris is a masterpiece.
Chris: The only other Polish author I’ve read in depth is Sapkowski’s Witcher books (fantasy, recommended).
A recommendation of The Clockwork Man, by William Jablonsky.
Meg: In Poland or Eastern Europe, is sci fi literary? Seems like yes.
Nikita: Sci fi was taken very very seriously. “using Aesopian language to get past the censors.”
Suhail: Like the coded indictment of Cold War Russia in The Master And Margarita, by Bulgakov.
We went on a Bulgakov tangent about that masterpiece. Meg reads The Master And Margarita every couple of years; loves it. Nikita and Meg suggested strongly The Heart Of A Dog, also by Bulgakov.
Chris: Lem has 36 writing credits on IMDb. A Tichy series, 14 episodes. TV shorts. TV Movies. The most recent is a sci fi film in Hungary called, “His Master’s Voice.” Sounds like a ton of films to be explored.
Had a great free association from Meg that lead to Alfred Jarry being an influence on Lem. And David noticing that a character in Dick’s Do Androids Dream Of Electric Sheep? steals that name. “It’s Al Jarry, a B-movie actor from Indiana who plays Mercer in the Mercerism simulations.”
Chris: And Mercerizing is the industrial process of polishing threads of fabric for textiles. Just as the thread connecting these subjects has been made more lustrous.
Nice one, Chris!
Nikita: Clearly, Tichy is blaming humans for polluting what we assumed to be infinite spaces, but they’re not.
Meg: An extension of the fallacy that humans are at the top of the food chain.
Nikita: Things are in disrepair. There’s litter everywhere. Alcoholism is rampant. It’s a total reflection of the deteriorating soviet block social state of affairs (1971-81).

“Some people believe it is all right if humans eat creatures from other planets, but when the reverse takes place they raise a hue and cry, call for military assistance, demand punitive expeditions, etc.”

HA!
The story ends on a call to action, for us to enforce the laws and clean things up: “let us save the universe.” Sardonic; and all right in the middle of the environmental movement! (Rachel Carson’s Silent Spring was published in 1962. Nixon formed the Environmental Protection Agency in 1970)
David: Now that we’ve had at it, I take back what I said about it being impenetrable.
Suhail: I also read it as a random flight of fancy at first, until Chris pointed out that these creatures are all evolved to devour humans because of cosmic tourism.

Nikita suggested an animated Russian film from 1981 called “The Mystery of the Third Planet.” We shared around the YouTube link, to watch it later.

On that note, join us next week, for our discussion of We, by Yevgeny Zamyatin.

Thank you for reading! Reading rules!