The Space Merchant’s discussion was piping hot! Thank you to David and Nowell for being in the studio. And Nikita for his dogged, enthusiastic participation in spite of technical difficulties.

I’ve condensed some of the notes, quotes, and thoughts we explored in The Space Merchants, included at the end of this post. It was unanimously considered by the group to be a brilliant satire, although with plenty of the clunky writing associated with Golden Age science fiction.

Next week: Flatland! This book is short, so if you finish early, start right in on A Canticle For Leibowitz, because it’s on the long side (but a marvelous book!)

A wry commentary on the character of the Board members:
“I don’t think any of us would feed opium derivatives to the world for money alone. But listening to Fowler Schocken speak, hypnotizing ourselves with the antiphonal responses, made all of us capable of any act that served our god of Sales.”
-Chapter 1

Key satire. good sarcasm. The thing that he is writing is the opposite of what he is saying.
“The Conservationists were fair game, those wild-eyed zealots who pretended modern civilization was in some way ‘plundering’ our planet. Preposterous stuff. Science is always a step ahead of the failure of natural resources. After all, when real meat got scarce, we had soyaburgers ready. When oil ran low, technology developed the pedicab.”

“I had been exposed to Consie sentiment in my time, and the arguments all come down to one thing: nature’s way of living was the right way of living. Silly. If ‘Nature’ had intended us to eat fresh vegetables, it wouldn’t have given us niacin, or ascorbic acid.” -Chapter 2

This passage raised considerable interest because it did not match the newer editions of the novel. In David’s recent edition, it read “If nature had intended us to eat fresh vegetables, it wouldn’t have given us the can.”

Weird, right? It led to us discovering other passages that had been cleaned up or scientifically corrected, or watered down in satire or subversiveness.

Tildy Mathis, and copywriters being the modern manifestation of lyric poets:
“She doesn’t know she’s a poet; she thinks she’s a boss copywriter. Don’t enlighten her. It might make her unhappy.”
“There are only so many people capable of putting together words that stir and move and sing. When it became possible to earn a very good living in advertising by exercising this capability, lyric poetry was left to untalented screwballs who had to shriek for attention and compete by eccentricity.”

“I wondered how rich I’d have to be before I could buy privacy.”
Ask Mark Zukerberg

At the consumer camp: “a hopeless, trapped feeling that things were this way, that they would always be this way.” His initiative is “sapped.”

As it is written by two authors, some passages have distinctive flavor. There are some that make us ask, Pohl or Kornbluth?
On Indiastries: “His Boards and he had organized all of India into a single giant cartel, with every last woven basket and iridium ingot and caddy of opium it produced sold through Fowler Schocken advertising. Now he could do the same with Venus. Potentially this was worth as much as every dollar of value in existence put together!”

Pick your stand, then build the perceived reality around it! Theres plenty of evidence to go around! The scandalous implications of the satire are relentless.

From Nikita:
Here is a possible historical connection to all the discussion about class.
http://en.wikipedia.org/wiki/House_of_Courtenay
Maybe Kornbluth got the protagonist’s name from the House of Courtenay–founded by some lord or other, who acquired land for his estate. Kornbluth’s novel is all about land possession is it not?

The women are written atrociously, real messy, trite shallow depictions. The women are used like silly putty to fill in any plot holes. Another comment: The woman is like a polyp growing out of the man’s ego.

“I couldn’t very well tell him that three days was the optimum priming period for a closed social circuit to be triggered with a catalytic cue-phrase, which was the book answer”

Disseminating the idea that these conglomerates trade in making and shaping “folkways.” And a desire to take those means from them. In 1953. Board room manufactured reality.

The corporate states are something. Little America interesting. And Indiastry.
class stratification. In other books, too. Brave New World, 1984.

Chicken little and the horn. So Cronenberg creepy. It becomes and important image later because when Courtenay finally reinfiltrates Fowler Shocken and meets Fowler himself, the old man thinks it’s patently insane. A secret room under a chicken flesh monster? C’mon, man!

The book has a shit-stirring tendency.

In a very Dickian way, it explores the peculiar state of being where multiple simultaneous realities have insurmountable differences.

And my personal favorite comment:
Those capitalist pigs! If Grandfather Stalin would have gotten his hands on this book, the Soviet U. would have won the cold war. [Thank you, Nikita, for that one!] 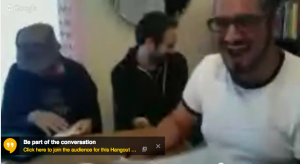 Suhail Rafidi is a novelist and educator whose works explore the destiny of human values in a technological landscape. You can find him on Twitter, too, @shelldive.
View all posts by Suhail Rafidi →
This entry was posted in Authors and Writing, Book Reviews, Books, Science Fiction, Sociey and Culture and tagged american mass media, book, david gill, science fiction, shelldive, social matter, suhail rafidi, technology. Bookmark the permalink.